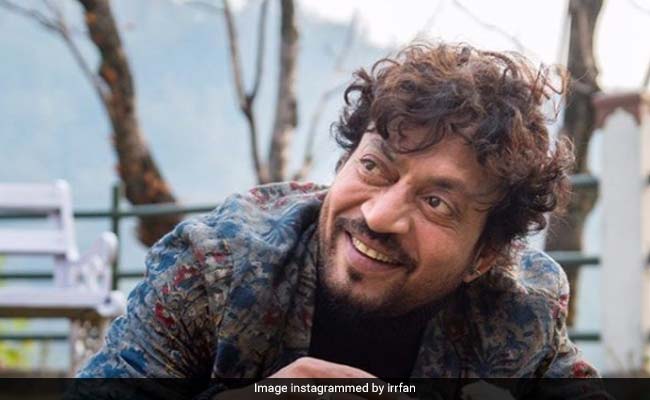 Actor Irrfan Khan‘s last rites took place in Mumbai on Wednesday afternoon, soon after he died in Mumbai’s Kokilaben Dhirubhai Ambani Hospital. Mr Khan, 53, was being treated for an colon infection and just hours before he died, his spokesperson said he “was still fighting the battle.” A statement released by his family said, “Irrfan was buried at the Versova kabrastan in Mumbai at 3 pm this afternoon soon after the news of his passing away was announced. In presence were his family, close relatives and friends. Everyone paid their final respects and mourned the loss of his passing away. We pray for his peace and we hope he’s in a better place today. He was strong in his fight, and we all have to be strong too in this loss.”

Irrfan Khan’s family members, including his two sons, were photographed exiting the Mumbai hospital in the afternoon; filmmakers Tigmanshu Dhulia, who worked with the actor in Paan Singh Tomar, and Abhinay Deo, who directed Mr Khan in Blackmail, were also spotted.

“I trust, I have surrendered”; These were the some of the many words that Irrfan expressed in a heart-felt note he wrote in 2018 opening up about his fight with cancer. And a man of few words and an actor of silent expressions with his deep eyes and his memorable actions on screen. It’s saddening that this day, we have to bring forward the news of him passing away. Irrfan was a strong soul, someone who fought till the very end and always inspired everyone who came close to him. After having been struck by lightning in 2018 with the news of a rare cancer, he took life soon after as it came and he fought the many battles that came with it. Surrounded by his love, his family for whom he most cared about, he left for heaven abode, leaving behind truly a legacy of his own. We all pray and hope that he is at peace. And to resonate and part with his words he had said, “As if I was tasting life for the first time, the magical side of it.”

Irrfan Khan’s death has left a void in Indian cinema and millions of broken-hearted fans. He was “a rare talent and a brilliant actor,” tweeted President Ram Nath Kovind. Prime Minister Narendra Modi described Irrfan Khan’s death as “a loss to the world of cinema and theatre” in his condolence tweet.

Saddened by the untimely demise of noted actor Irrfan Khan. A rare talent and a brilliant actor, his diverse roles and remarkable performances will remain etched in our memories. A big loss to the world of cinema and millions of film lovers. Condolences to his family & admirers.

Irrfan Khan’s demise is a loss to the world of cinema and theatre. He will be remembered for his versatile performances across different mediums. My thoughts are with his family, friends and admirers. May his soul rest in peace.- Narendra Modi (@narendramodi) April 29, 2020

Amitabh Bachchan, who co-starred with Mr Khan in Piku, tweeted, “An incredible talent, a gracious colleague, a prolific contributor to the world of cinema left us too soon, creating a huge vacuum.” Shah Rukh Khan, who worked with Irrfan Khan in Billu, described him as “the greatest actor of our times.”

Works as an Online Entrepreneur (Moderator). Believe in "Grow and Help others Grow" and update with the vast and speedy changes in online marketing strategies.